Looking For Quality Windows For Your Orlando Home?

What Our Customers Say About Our Orlando Window And Door Installation

We used All-American Exteriors and they produce a quality product, experience and they are super clean. A good small business.”
– via Angie’s List

Owner Greg Wooten came to talk to us in detail about the windows. A very nice and fine person. His workmen were great. The windows came and were put in, and the owner came that day too. We are sooo pleased.”
– via Angie’s List

Our custom windows were over 50 years old and it took a while for the old ones to be removed, but the installers quickly got the new windows in place. The installers provided a drop cloth, and cleaned up after themselves. The foreman made a trip to Home Depot to purchase some trim strips because there was a little gap around the new front room window, and the strips were trimmed to fit. I was not charged extra for the trim strips. The new windows look great, and I am very satisfied with my experience. I would highly recommend this company for new doors or windows.”
– via Angie’s List

Perfect! They were very professional, on time, clean and mannerly, and helped me with my blinds. Highly recommend!”
– via Angie’s List

Replaced several windows and a door, was friendly and on time and the whole experience was nice. Showed up on time and finished on time, price was exactly as the written proposal. Greg is an exceptional person, he does the job right the first time but if there is an error he will fix it with no HASSLE and no extra charge.”
– via Angie’s List

The sales presentation was very thorough and Mr. Wooten was very knowledgeable of the industry and the products available. We chose beige vinyl windows and door for our home and were extremely pleased with the product and how the installation was made. Their service was very punctual and professional. I also liked utilizing a company that offers products manufactured in Florida. I will recommend them to friends and neighbors in the future. I chose All-American from Angie’s List recommendations and was not disappointed.”
– via Angie’s List

They arrived very promptly on the day they were scheduled and finished the whole job in 1 hour and 40 minutes! It was an excellent job with no flaws that I could spot. I am very pleased with the work they did. I am really enjoying my beautiful, easily opened sliding doors.”
– via Angie’s List

Things went really well. Took all the measurements and ordered windows. They came in a few weeks later. Installed in about 5 hours. Did a great job and he windows are beautiful.”
– via Angie’s List

Greg Wooten was professional, prompt and very knowledgeable. He helped us make the correct decision in replacing some non-standard sized windows AND saved us money! The windows fit perfectly and look beautiful. This man knows windows. Thank you, Greg.”
– via Angie’s List

They were on time, finished the job as promised, they were clean, efficient, and knowledgeable. I have had my windows about 5 years and am very satisfied with them. I found them very friendly and courteous. I will use them again if I ever need windows.”
– via Angie’s List

I had all my windows replaced with double pane windows which really look nice. The house is so much quieter now. I am pleased. They came when they said they would and did the whole job in one day. They left the area neat and clean. I would recommend them with no hesitation.”
– via Angie’s List

Business installed 9 replacement windows and 1 sliding door, after removing same from home. Workers were very punctual, and also made sure work areas were left debris free and clean. Installers were also congenial and well-versed on their product. We still have other windows we will be replacing, and will use this company again. The product installed was excellent, and the finish work was also of excellent quality. We would recommend this company to anyone.”
– via Angie’s List

We are by your side throughout the process. We offer evening and weekend appointments to suit your schedule! 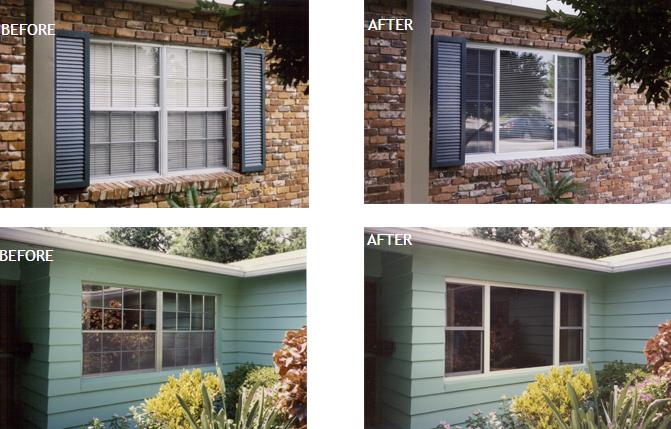